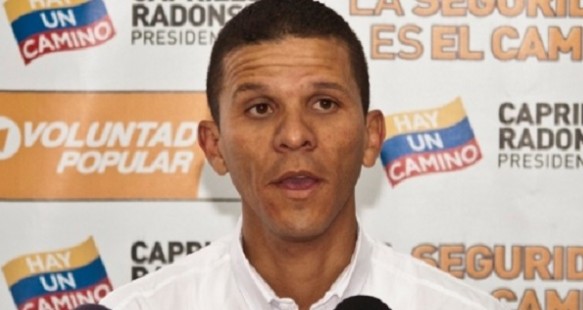 While the world does not pay attention, the Chavista rulers in Venezuela are closing regime change options by detaining, torturing and killing the emergent effective leaders of the opposition.

The people being targeted are members of opposition (MUD) political parties forming an alliance in the more radical wing of the coalition. While I did not predict the killings, I reported to a client more than six months ago about these hidden forces. Now we see how they are playing out.

There is a second takeaway: how the regime is responding also points to rifts within the ruling coalition PSUV. After the Chavistas are done killing the opposition (which will only accelerate), the two main regime factions can be expected to turn on each other.

Last week, within 24 hours, mid-level politicians of both Acción Democratic (an old-school party dating back to the Punto Fijo pact of 1958) and Voluntad Popular (whose leader, former presidential candidate Leopoldo López, has been imprisoned for years, even over objections by the White House and the UN) were targeted by the Chavista regime.

On January 12th, the body of Acción Democrática leader Iban José Chávez was found by his family outside his home in the central Venezuelan state of Lara. It was unclear whether he had been shot or stabbed: his face, torso and private parts had been ravaged by animals. His death could easily be attributable to the extraordinary crime rate in Venezuela, one of the most violent countries on Earth — including those at war. But context is relevant: Lara is a state with a heavy presence of Bolivarian Circles, government armed militias whose members are radicalized and trained in Qom, Iran. The Bolivarian Circles are part of the regime’s asymmetric warfare strategy to stay in power.

I once warned a friend of mine: “Be careful. The ones who come to kill you won’t be wearing uniforms.” I was wrong: sometimes they wear uniforms.

A day before, on January 11th, Venezuela’s CIA equivalent (SEBIN), arrested Gilber Caro, a member of opposition party Voluntad Popular. Caro was arrested on terrorism charges, for allegedly having a cache of weapons and explosives and plans for a coup. He insists the armaments were planted. Caro, who has not been heard from since his arrest, is a rising public supporter of Lilian Tintori, wife of Leopoldo López, the imprisoned Voluntad Popular leader.

Lopéz’s wife Lilian Tintori has become a popular and powerful leader: humble with an almost virginal look, she is resilient and unrelenting and devoted to her husband’s cause. Tintori herself likely can’t be targeted for arrest and interrogation or assassination: Venezuela is still a macho nation. That would only make her a martyr.

But Leopoldo López will not get out of prison any time soon. He is far more popular than the nominal leader of the opposition Henrique Capriles Radonski, who ran for the presidency (and lost by a whisker, conceding quickly) against current President Nicolás Maduro after Chávez died in 2013. Capriles leads the rival opposition party Primero Justicia, but is not an effective opposition leader to oust the Chavistas. The reason is simple and an open secret in Caracas: he and a lot of the opposition leaders are on the payroll of the Chavistas. The opposition is, for the most part, ineffectual by design and corruption, not by incompetence.

Six months ago, I wrote an analysis of the forces at play and parsed out that as the people of Venezuela starved and called for change, the opposition parties would shift their power center to the more radical wing, which is led by women: Lilian Tintori of Voluntad Popular and Maria Corina Machado of Vente Venezuela. Machado had largely been left out in the cold by the opposition coalition MUD, so she had nowhere to go but denounce the rest of the opposition. As her stronger voice emerged, Lilian Tintori’s underlings at Voluntad Popular started showing up at her rallies and showing support. So did the old school Acción Democratica. Those are the two parties whose mid-level leadership were targeted by the regime last week.

The Chavistas are beating the drum that the radical opposition wing they can’t control or buy off, are terrorists. Does this sound familiar? We have been hearing this out of Syria. That’s not a coincidence.

The new Anti-Coup Command is run by the new Vice-President Tareck El Aissami. El Aissami is the son of a Syrian Baathist, Carlos El Aissami, who established the Baath party in Venezuela and praised Osama bin Laden as “the great Mujahideen leader” after 9/11 and called himself (in a press conference) “a Taliban.” (Tareck’s great-uncle Shibli El Aissami was Assistant to the Secretary General of the Baath party in Iraq under Saddam Hussein.)

El Aissami has long been Venezuela’s man in the Middle East, particularly Beirut, Tehran and Damascus. In 2008, when Venezuela was heavily aligned with Iran across politics and business, then Pres. Hugo Chávez named El Aissami Minister of Justice and the Interior, making him Iran’s most powerful proxy in Venezuela. As Interior Minister, Tareck El Aissami also had control over SAIME, the passport agency, which gave out thousands of passports to Middle Eastern terrorist operatives. Interior Minister El Aissami also created the National Bolivarian Police (PNB), which is the only body following Pres. Maduro’s orders and firing on protesters; the military will not, which I have also been explaining for years.

Several Venezuela watchers in Washington, DC, claim that El Aissami leads a multi-layered and multi-national criminal-terrorist financial organization and (according to media reports) is under investigation by US law enforcement. A report by Washington, DC think tank Center for a Secure Free Society stated:

Over the years, Tareck El Aissami developed a sophisticated, multi-layered financial network that functions as a criminal-terrorist pipeline bringing militant Islamists into Venezuela and surrounding countries, and sending illicit funds from Latin America to the Middle East. His network consists of close to 40 front companies that own over 20 properties with cash, vehicles, real estate, and other assets sitting in 36 bank accounts spread throughout Venezuela, Panama, Curacao, St. Lucia, Miami, and Lebanon. This network managed by his brother, Feras El Aissami, became integrated with the larger Ayman Joumaa money-laundering network that used the Lebanese Canadian Bank to launder hundreds of millions of dollars and move multi-ton shipments of cocaine on behalf of Colombian and Mexican drug trafficking organizations (DTOs).

In January 2017, Venezuelan President Nicolás Maduro made El Aissami his Vice-President. He is the man who takes over if Pres. Maduro dies or is overthrown. As leader of the Anti-Coup Command, it is also his job to make sure neither scenario happens.

From a more nuanced perspective, El Aissami’s appointment to the Vice-Presidency and the Anti-Coup Command also points to a rift within the regime.

The big man on campus has been Diosdado Cabello, a military school friend of the late Hugo Chávez, who cannot stand Nicolás Maduro or the Cubans. Cabello is the most powerful and richest man in Venezuela, but his military does not violently repress the opposition to Maduro’s presidency.

So, while Cabello and El Aissami are both deeply embedded in the Chavista regime, they are actually different and competing factions. Competitive as they may be, though, they rely on each other to survive: if the regime falls completely, they are both in trouble. OFAC designations leave them little place to run or hide.

In the meantime, expect the assassinations and torture of the opposition that is not already in the regime’s pocket, to continue.

The world will watch as all viable options are eliminated. Once the opposition is effectively eliminated, then the Cabello and El Aissami camps will turn more aggressively against each other, with covert action and asymmetric tactics. And then, like in Syria, the world will wonder how exactly we got here.

As a contact in the opposition said to me witheringly: “We won’t survive this.”