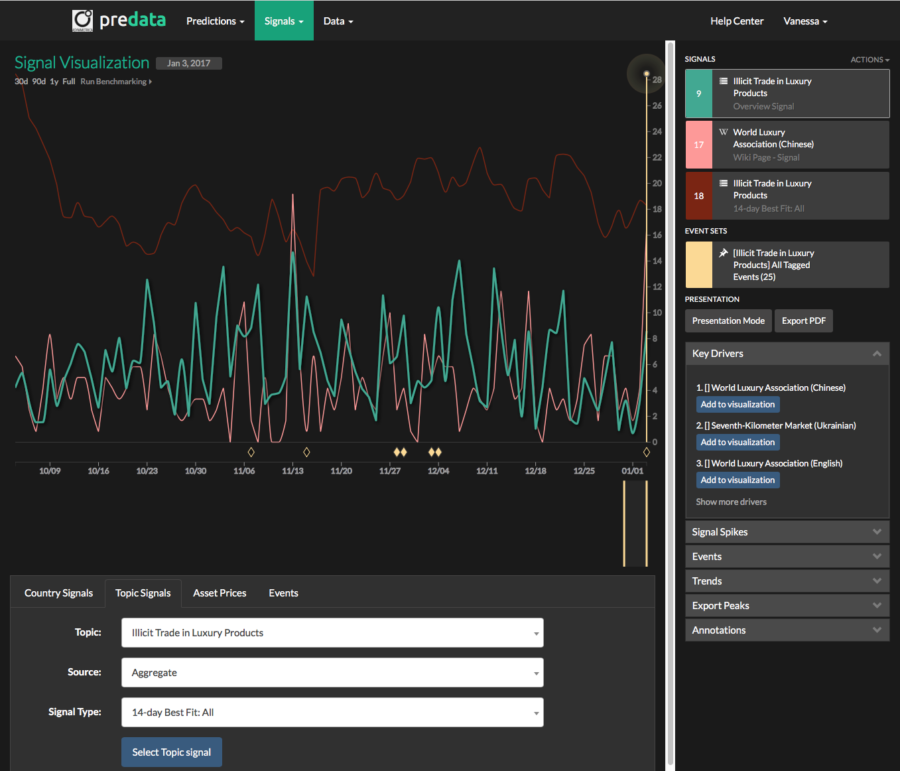 On January 4th, we woke up to a significant spike on our illicit trade in luxury products signal driven by queries on the Chinese Wikipedia page for World Luxury Association. The World Luxury Association website has long been deemed suspicious, to say the least, as it “registers” brands that hardly need registration or greater recognition. Its purpose, beyond taking your US$75, is questionable at best and appears to be operated out of China.

What seems to have sent the Chinese flocking to the World Luxury Association Wikipedia page is the launch of a TV show in China that showcases the work of the Central Commission of Discipline and Inspection (CCDI), China’s anti-corruption watchdog. Certainly, the Chinese Communist Party came to be perceived as so corrupt, with so many high officials flaunting vast and inexplicable wealth, that a cleansing was needed for the Party to retain legitimacy and power. However, the anti-corruption campaign has been criticized by some as a blunt weapon wielded by Pres. Xi against opponents.

The spike in queries to the Chinese Wikipedia page on the WLA seems tied to this ongoing debate, as well as to the World Luxury Association’s shadowy ownership, backing and purpose. The WLA was denounced as a scam by an Internet anti-corruption hero who uses photographs of Communist officials’ expensive watches to raise awareness of corruption — until he was himself arrested.

As the Chinese watch the show and learn more about luxury brands used in bribery, it is not surprising that they would want to learn more about this purported official registry. What they learn, however, is at least as murky as the CCDI’s anti-corruption campaign itself and the world of counterfeit luxury goods.