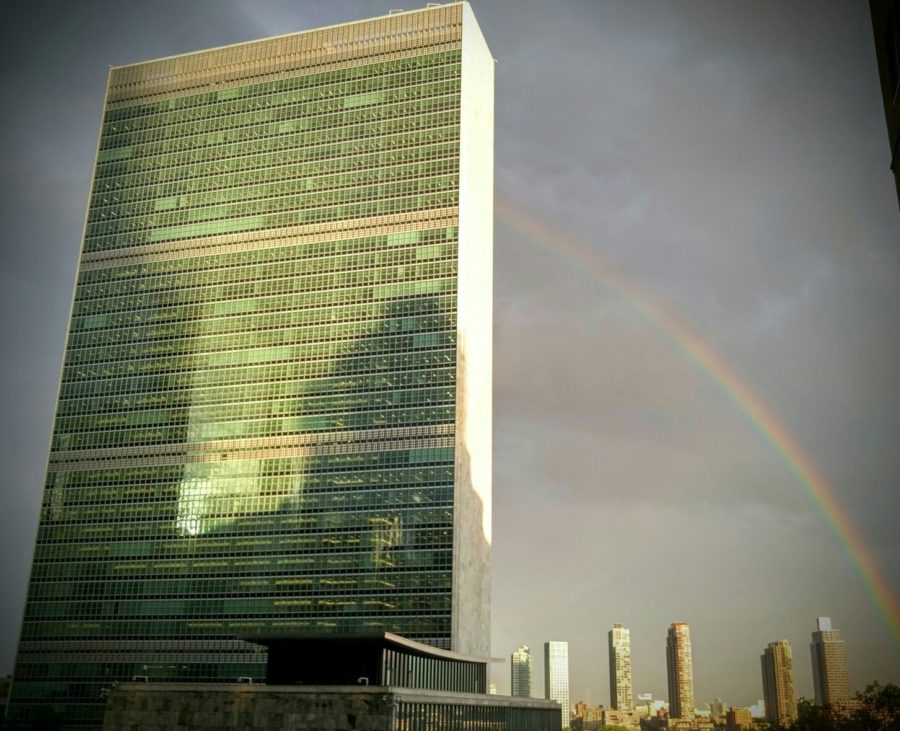 Original image can be found at: http://www.un.org/sustainabledevelopment/blog/2016/09/media-advisory-first-anniversary-of-sdgs-to-be-marked-at-general-assembly/

Of the emergent trends in countering terror finance discussed at that two-day meeting, these are the highlights that may impact you and your company.

FATF Pres. Juan Manuel Vega-Serrano was very clear that financial investigation is a key tool in the moral duty to stop terrorism. He cited an unprecedented state commitment to restrict terror funds and emphasized that FATF are seeking to work more closely with the private sector, which must be protected from abuse.

The three key factors in reinforcing the growing public-private partnership to fight the funding of terrorism are:

Post-ISIS, everyone is much more aware of the growing use and abuse of the international trade system. Now tackling the problem is far more complicated than following the cash: we should work to identify and stem the material resourcing used for terrorism-financing-related risks.

Mr. Tom Neylan, of the FATF Secretariat, emphasized the importance of developing a culture of conducting risk assessments for financial crimes. The growing consensus amongst the speakers was that increased work with the private sector is needed to identify activities where there is little KYC (know-your-customer) due diligence on those with whom one is doing business.

The formula for calculating risk is simple:

It was an oft-repeated theme of the two-day meeting that policymaking (not just operations) should be based on a risk assessment. When building risk-based scenarios (as government strategists do), you want to consider both events that are high-probability and low-impact, and those that are low-probability, but high-impact.

Proper risk assessments for Member States have to distinguish between operational (terror attack) and organizational funding (such as for community infiltration).This parses out to three distinctions in risk assessments:

These three are not the same in countries. Specifically, the risk assessment should identify that country’s financial vulnerabilities, for example: large cash, large financial services, banking secrecy, etc.

Transit and finance hubs must be included in a vulnerability analysis of a national or regional geography. Examples of these would include high-volume ports, free trade zones, and important financial centers. A regional risk assessment of Southeast Asia, for instance, would include Hong Kong, Shanghai, Singapore and others.

110,000 merchants in the EU accept Bitcoin, yet virtual currencies are not regulated at the EU level, and neither are anti-money laundering (AML) and counter-threat finance (CTF) protocols imposed at a national level on virtual currencies.

Virtual currency (VC) advocates argue that VCs are more transparent than money transfers amongst banks because, thanks to a decentralized ledger, the entire transaction is visible and inalterable, while the proprietary ledgers of banks can easily be falsified. However, what worries financial regulators about virtual currencies based on blockchain technology such as Bitcoin, is the invisibility of the private keys to execute the transactions and the lack of personally identifiable information (PII) of who holds the accounts.

As virtual currencies expand and touch other technologies and platforms, they present a number of multiplying concerns to both security authorities and industry.

Regulatory change is coming. The US has an expansive definition of ‘money transmission’ services that includes the transfer of value. This opens the way for AML/CTF protocols to apply to the virtual world of Bitcoin, Snapcash, Facebook Payments, etc. The first such case was FinCEN’s penalization of Ripple Labs in May 2015. You can bet there will be more such cases to come: the 4th EU Anti-Money Laundering Directive (known as AMLD4) already makes proposals to reduce anonymity.

In short, there are now two parallel financial environments: all-digital (the virtual wallet) and traditional banking. These can be onramps and offramps to each other. The easy and likely next step is to regulate the exit point where virtual currency gets transferred to real currency. The coming AML/CTF regulation will likely be of distributors of virtual currencies to report (or at least allow voluntary reporting of) personally identifiable information (PII) and suspicious activity reports (SARs). Regulators think virtual currency distributors will acquiesce out of enlightened self-interest: the lack of credibility (by lack of regulation) harms VC uptake by the general public, thereby reducing the value of the currencies and the underlying technology.

Terrorist funding by recruitment and facilitation networks occurs in two ways or sequentially in two stages:

In short, the problem of stemming financial flows from illicit trade into support for terrorist networks or operations is so multi-faceted, that it requires not just that prosecutors or FIUs (financial intelligence units) talk to their colleagues in other countries, but that these professionals cross-talk amongst each other in joint analysis teams.

It was emphasized that there are many foundations for strong international cooperation, across layers, drivers and channels, including:

Asymmetrica welcomes these initiatives and is honored to be a trusted partner in their design and implementation.

N.B.: Asymmetrica is a member of the Global Counter Terrorism Research Network (GCTRN) for the United Nations Security Council’s Counter-Terrorism Committee Executive Directorate (CTED). Dr. Neumann is on the Advisory Group of the Task Force on Countering Illicit Trade at the Organization for Economic Cooperation and Development (OECD), which houses FATF.

The original featured image can be found at the UN’s website here.