Iván Duque Will Be Colombia’s Next President 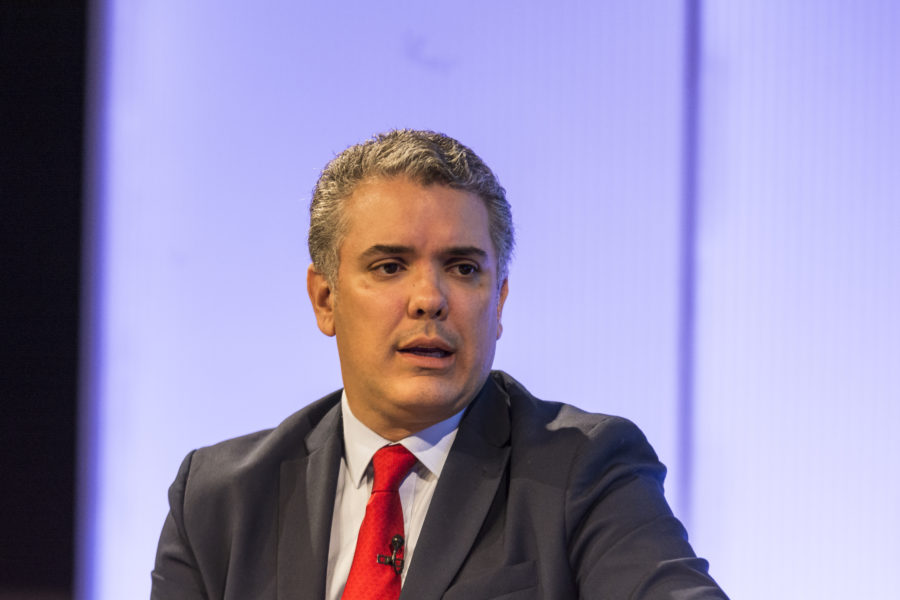 Iván Duque Will Be Colombia’s Next President

The result of Sunday’s first round elections in Colombia (which had that country’s highest electoral participation in 20 years) are that conservative candidate Iván Duque will face former M-19 guerrillero (and local chavista) Gustavo Petro in June 17th’s second round of voting.

Here are the scenarios.

Germán Vargas Lleras, who only got 7.6% of the vote, will throw his support to Duque in the second round. There is no scenario where his supporters — Partido de la U, Cambio Radical and Pinzón (all them of them very anti-FARC) — would go to Petro.

If and how Sergio Fajardo’s supporting coalition splits will be the determining factor. Fajardo came a very close third. For a few hours it even looked like he might be going to the second round for a Duque-Fajardo face-off. Now that he is out of the race, Fajardo should throw his support behind Duque. If his entire coalition goes to Duque, then a Duque landslide is guaranteed on June 17th.

However, if Fajardo’s coalition splits, it gets a touch more complicated, but probably has the same outcome.

The Fajardo coalition includes Compromiso Ciudadano (Citizen Commitment), Alianza Verde (Green Alliance) and Polo Democrático (Democratic Pole). Alianza Verde and Polo Democrático are closer on the spectrum to Petro and could well go with him, leaving Duque in the second round with: his own support coalition + all of Vargas’s coalition + Compromiso Ciudadano supporters. That should still be enough to win the presidency on June 17th, even allowing for a “todos contra Duque” (“all against Duque”) intense voter turnout. If abstention is high (which is unlikely), it would hurt Petro more than Duque.

We can look to the March 2018 congressional elections for recent electoral trends. The newly politically integrated FARC had a shockingly poor showing then, when the right wing strengthened. The collapse of Venezuela stands as a cautionary tale against the FARC’s chavista sympathies, and security (a right wing mainstay) has become a top priority due to the explosion of coca production, frustration with the FARC’s political integration and the tsunami of Venezuelan refugees coming over the border.

We expect the continuation of another dynamic from the March 2018 congressional elections: electoral fracture and support for smaller parties to the detriment of the larger ones.

Who is Iván Duque?

The entirety of Duque’s  41 years were a preparation for his presidency. His father, Iván Duque Escobar, was Governor of Antioquia, appointed by President Julio César Turbay in 1981, and he subsequently held positions as Minister of Mines and Development and then National Registrar. His mother, Juliana Márquez Tono, is a political scientist. As a child, Duque made his toys, including a Winston Churchill doll, give political discourses. As an adult, he is suave, loquacious and a cogent analyst.

By training, Duque is a lawyer, as well as an American-educated economist. He holds Master’s Degree in Public Policy Management from Georgetown University.

Duque began his professional career in 1999 as a consultant in the Andean Development Corporation (CAF in Spanish) and later served as an advisor in the Ministry of Finance during the government of Andrés Pastrana. For twelve years, from 2001 to 2013, he worked at the Inter-American Development Bank (BID in Spanish), where  he served as Senior Advisor to the Executive Directorate for Colombia, Peru and Ecuador, and was the youngest Chief of the Culture, Creativity and Solidarity Division. He excelled and built a reputation in negotiating and building practical solutions for the organization’s 48 member states: from 2002 to 2010, he successfully negotiated more than US$ 8.5 billion in external credits for Colombia,  and another US$ 4 billion for Peru and Ecuador. He served as international adviser to President Álvaro Uribe Vélez, promoting Colombia abroad. Between 2010 and 2011 he was advisor in the United Nations Investigation Panel of the Fleet Incident of May 31, 2010, between Israel and Turkey, known as Mavi Marmara. In short, he has a deep understanding of both regional economic issues and the workings of international organizations.

What would a Duque presidency in Colombia mean for the region?

A Duque presidency will be:

Although Duque has stated he does not favor a military intervention in Venezuela, he will undoubtedly take a strong line on defense of the border — likely militarizing it further — and back other aggressive measures against the Maduro presidency next door. Colombia is now the OECD’s 37th member state and NATO’s first Latin American global partner, much to Venezuela’s publicly announced chagrin. NATO’s strong military actions against dictators from the Balkans to Libya no doubt rattles Maduro and delights both the US and a region blighted by a crisis of Venezuelan refugees, who strain social services and bring with them previously eradicated diseases. Duque will understand the complexity of these problems and work with his country’s new international organizations to find solutions.

In short, if you’re Colombian, American, or Venezuelan opposition, it’s a Duque presidency for the win.