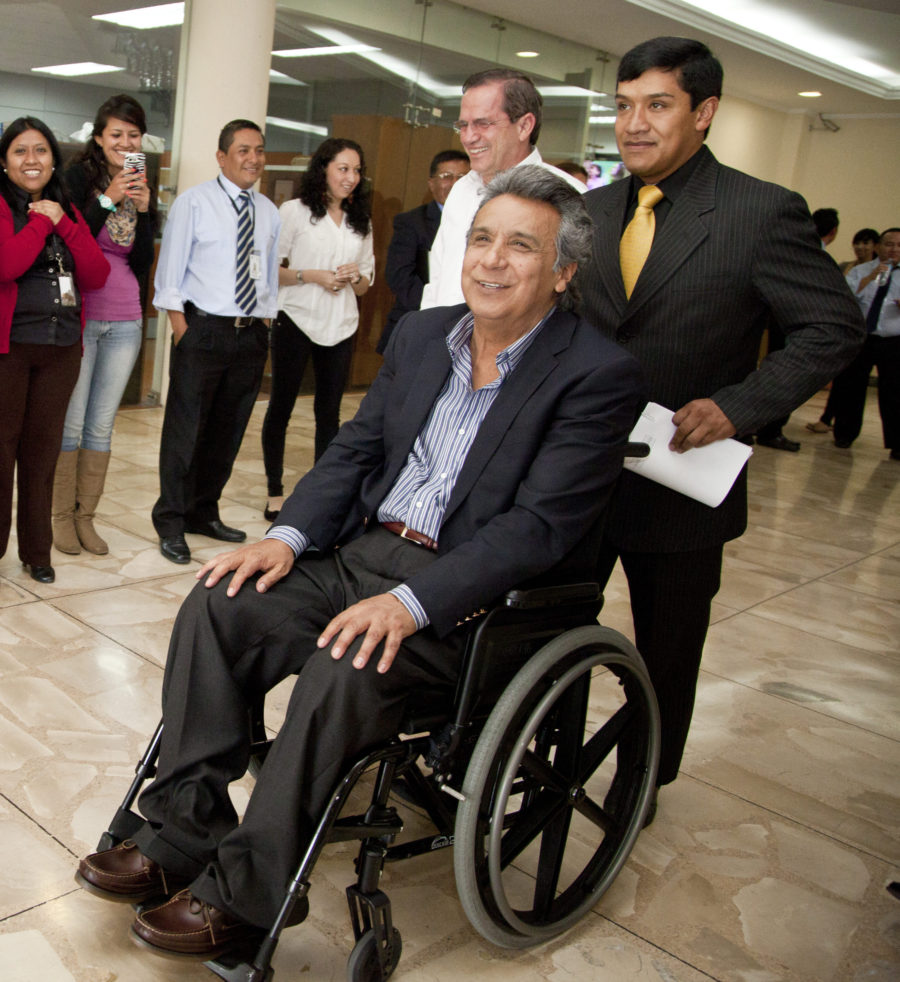 Yesterday’s elections in Ecuador are unfolding as Asymmetrica predicted in December 2016 in scenarios we constructed for a European private equity firm.

Ecuadoreans took to the polls on 19 February 2017, just two days after a major earthquake centered on Guayaquíl killed 41 people. However, Ecuador had developed contingency plans with the national police and the military particularly centered around natural disaster scenarios.

With more than 87% of the votes counted Lenín Moreno (of Alianza País) leads yesterday’s elections with 39% of the vote, while Guillermo Lasso, holds second place with 28.2% of the vote. Moreno is from current President Rafael Correa’s party, Alianza País, and is viewed as Correa’s successor. Asymmetrica predicted a Moreno win.

Moreno served as vice president under Correa’s government from 2007 to 2013 and has since served as special envoy on disability and accessibility at the United Nations, following a shooting in 1998 that left him paralyzed. Hugely popular in Ecuador, Moreno was nominated for the Nobel Peace Prize in 2012 by lawmakers in Ecuador’s national assembly for his Ecuador Sin Barreras, or “Ecuador Without Barriers,” project.

Alianza País is expected not only to win the presidency, but to maintain its majority in the National Assembly, where all 137 seats are up for grabs. What remains unclear is whether there will be a second round to the presidential elections.

Ecuador invested a large amount of resources in ensuring that the election would be well-run and its outcome accepted as legitimate. The 19 February 2017 elections was observed by 4 international organizations:

There has been criticism, however, at the lack of EU observers, as UNASUR is considered too leftist and therefore too partial to the Correa regime.

Maximizing inclusivity was a priority: emoticons such as hearts or smiley faces drawn next to a candidate’s name will be counted as a vote for that candidate. This was to ensure that rural areas, where the educational level is lower, had their votes counted as the voters intended.

What Will It Mean for the Private Sector and FDI?

Moreno is expected to extend Correa’s policies; he might even be seen as a Correa puppet. Though the Ecuadorean constitution (modified under Correa) allows for unlimited consecutive presidential terms, Correa, facing outcry of a power grab and an amendment limiting the terms, announced that he would not seek a third term. However, Alianza País retaining power is a high priority for Correa, and he might return to the electoral fray, if he feels the party is losing power or Moreno is dishonoring his legacy. That places constraints on Moreno, who will likely take the reins of a country in recession.

While not as petro-reliant as Venezuela, Ecuador’s main export remains petroleum, which has funded Correa’s generous social programs. Though the country has made strides in healthcare and education under Correa, Ecuador has not diversified its exports away from those commodities that created and deepened the current recession.

The adoption of the U.S. dollar in 2000 as Ecuador’s official currency resulted in greater security and less volatility versus countries using local currencies. The adoption of the dollar was intended to promote FDI, but the appreciation of the dollar in recent years has increased Ecuadoreans’ financial hardships. A lack of national currency means that Ecuador does not have the power to enact a monetary policy of currency devaluation to promote exports, and it has to import its money from the United States Federal Reserve. Furthermore, Ecuador is heavily reliant on the price of oil, which is expected to remain low for some time. The twin pressures of low oil price and a rising dollar mean that the government will need to expand trade and FDI to sustain its fiscal budget.

While many of the current laws and taxes that exist in Correa’s Ecuador have discouraged investment from the private sector, the country’s recent economic situation is forcing Correa to align more closely with the private sector and create an investment climate that would attract foreign investors.

Moreno will have to move further to the right than Correa’s recent moves and work hard to further diversify Ecuador’s economy and reduce the nation’s reliance on petroleum to stimulate an economic recovery. Moreno has a track record of working to expand tourism, which presumably would climb the priority rankings in a Moreno presidency.

Even when out of office, Correa is widely expected to remain powerful. While there is no way to be certain that Moreno will not act under Correa’s orders if he reaches the presidency, given Ecuador’s current recession, there would likely be minimal risk of nationalization, expropriation, or regulatory changes that could significantly affect the private sector in Ecuador. The next president (presumably Moreno) will have to take austerity measures and build his relationship with the private sector.

Net net: the era of Correaismo is likely over.