In-Depth Analysis of 1st Round Presidential Elections in Colombia 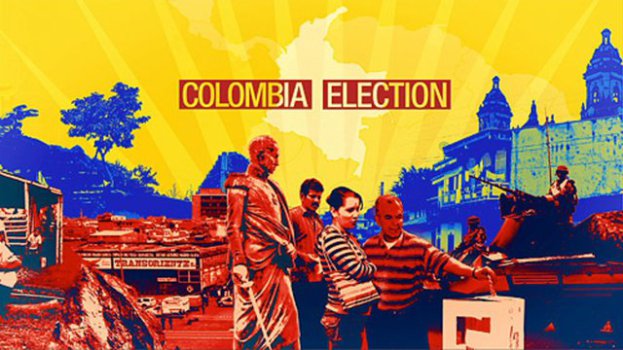 In-Depth Analysis of 1st Round Presidential Elections in Colombia

(this is the English version of the previous blog by Ms. Belandria) 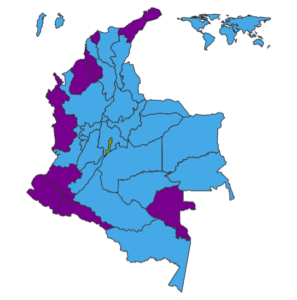 On Sunday, 27 May 2018 the first round of elections was held in the Republic Colombia. None of the candidates obtained the necessary legal percentage to avoid a runoff. The second and final round will take place, Sunday June 17th.

The elections passed peacefully without armed attacks by guerrilla groups. This is notable because it was the first presidential election held after the signing of the peace agreements with the guerrillas of the FARC-EP in 2016 and whose implementation process is underway. The FARC-EP, transformed into a political party, obtained, based on the peace agreements, 10 seats for the next Congress (5 Representatives and 5 Senators) to be fully incorporated into political life when the next Congress is installed.

In an environment of high polarization, the candidates who passed to the 2nd round represent the political extremes of Colombia. Iván Duque and Martha Lucia Ramírez represent the Democratic Center, a political grouping led by former President and re-elected Senator Álvaro Uribe Vélez, with a center-right profile, while Gustavo Petro and Angela Maria Robledo were supported by Colombia Humana and other groups the left. In third place were the centrists Sergio Fajardo and Claudia López.

The figures provided by the National Registry of Colombia show increased participation of citizens with very significant reduction in abstention for a first round. In 2010 and 2014 the abstention rate was over 60%, while in this past process, it stood at 46%, the lowest since the end of the National Front in 1974. This presages a high voter turnout for the final round on June 17th.

A brief review of the official figures of the last two elections highlights the importance of negotiations in order to obtain the votes needed to win the presidency. By way of illustration, we note:

(Source: Based on data from the official website of the National Registry of Colombia https://presidente2018.registraduria.gov.co/resultados /html/resultados.html)

Alliances, pacts and negotiations among political actors will determine the outcome of June 17th. The keys to the presidency are to be found in the number of congressmen from the losing political parties who endorse one candidate or the other.

Again, it is useful to review the numbers and see what parties have how many congressmen and senators and thereby identify the points of potential support.

Making projections based on the number of MPs and votes in the first round, both candidates are seeking the support of Sergio Fajardo (Green Alliance / Democratic Pole), with 15 senators and 11 representatives. He also he won 4,589,696 votes representing 23.73% of the electorate. 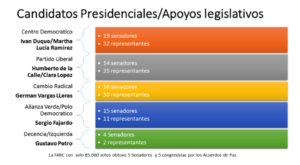 The Liberal party and the Radical Change party, whose candidates were not favored in the race, have 65 representatives and 30 senators jointly, and although the individual votes of Humberto de la Calle and Germán Vargas Lleras would not be enough for either of the two who passed to the second round, it is relevant that one of the other obtain the support of their elected congressmen.

Another important characteristic in the election are the votes of Colombian citizens by department (states or regions, in other countries). Iván Duque won a majority of the overseas vote: 1,367,745 votes representing 53.10%. That is likely to become an even more favorable result for Duque in the 2nd round, where a greater number of citizens is expected to vote.

Regarding the border departments, the perspective changes, and we turn to the data to understand the electorate’s behavior.

Calculations based on official data from the National Registry of Colombia https://presidente2018.registraduria.gov.co/resultados/html/resultados.html

The candidate Iván Duque got an important victory in the departments corresponding to the border between Colombia and Venezuela (Norte de Santander / Táchira, Arauca / Apure, Vichada-Guainia-César / Amazonas), which shows the impact the humanitarian and immigration crisis has on citizens living close to those influx points. However, the candidate Gustavo Petro won in the border department of Guajira (bordering Zulia in Venezuela) and got the most votes in the departments bordering Ecuador and the Pacific, as well as in the interior and rural departments of Colombia — in other words, in those areas with greater historical presence of irregular groups such as FARC, ELN and M-19, of which Petro was a member.

The above analysis would indicate that the 2nd round to be held on June 17 would have the following characteristics: a) greater participation; b) alliances that are natural, but also forced by the need for political survival of Congressmen, especially those of the Liberal and Radical Change parties; c) high polarization amongst the rivals and on the street; d) endorsements of support in the last days before the election; e) an increase in comparisons between Duque and Uribe (to disqualify the former) and between Petro and Chávez-Maduro, for the same purpose; f) pronouncements of the FARC-EP putting into question both the peace process and the electoral system through allegations of fraud in order to benefit Petro; g) any isolated act of violence perpetrated by the dissidents of the FARC or ELN.

We predict that the candidate Iván Duque will win the election for a term of 4 years without re-election and that this will strengthen ties with the United States, whose trust he will regain with a reform of the peace process, particularly regarding illicit crop eradication to reduce sown hectares and thereby drug trafficking. Likewise, we predict an increase in tension with the government of Nicolás Maduro, without the rights of migrants being affected, but with a possible rupture of diplomatic relations. Finally, he will be able to count on majority support in Congress, allowing him to regulate the Special Justice for Peace without further concessions to the FARC-EP, and allowing him to require the ELN to sign or cancel the peace agreement being discussed in Havana.