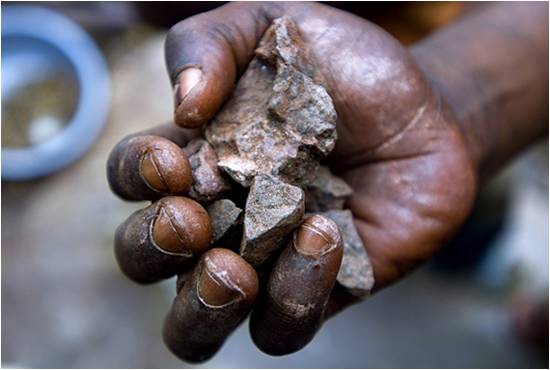 The Dodd Frank legislation, passed in 2010, was aimed at cleaning up Wall Street. Passed in response to the financial crisis of 2008, this law was designed to increase oversight and transparency of financial institutions and improve standards for credit ratings agencies whose corrupt practices had contributed to crisis.

The Act’s intentions were to protect the economy and American consumers; end taxpayer-funded bailouts of financial institutions; provide for an advanced warning system on the stability of the economy; create new rules on executive compensation and corporate governance; and eliminate certain loopholes that led to the 2008 economic recession. In addition to all of these improvements, the Dodd-Frank Act included a section on conflict-minerals, which many viewed to be a bit unrelated to all that was going on during the time.

Although the inclusion of conflict minerals and supply chain due diligence was seemingly random, the issue had previously sat in limbo in Congress, with little push for action. Prior to the Dodd Frank bill, there had been attempts by Congressmen to pass legislation to regulate conflict minerals. On April 23, 2009, Senators Sam Brownback (R-KS), Dick Durbin (D-IL), and Russ Feingold (D-WI) introduced the Congo Conflict Minerals Act of 2009 to “require annual disclosure to the Securities and Exchange Commission of activities involving columbite-tantalite, cassiterite and wolframite for the Democratic Republic of Congo.” Although this legislation was unable to pass then, during the debate of Dodd Frank, the conflict minerals bill was able to piggyback on the legislation and the SEC took on responsibility to regulate private companies to ensure that their raw materials do not come from conflict zones in the Democratic Republic of Congo (DRC) and other nearby countries.

Congress eventually agreed to enact Section 1502 of the Dodd Frank Act because of concerns that the exploitation and trade of conflict minerals by armed groups is helping to finance conflict in the DRC region and is contributing to the emergency humanitarian crisis.

The Dodd Frank Act directs the Commission to issue rules requiring certain companies to disclose their use of conflict minerals if those minerals are “necessary to the functionality or production of a product” manufactured by those companies. Under the Act, so-called “conflict minerals” — tungsten, tantalum, tin and gold (known as 3TG), which are found in most modern electronics and in jewelry, cars, airplanes and more, companies are obliged to assess if they could be directly or indirectly financing armed groups in the DRC and nine neighboring countries — Angola, Burundi, Central African Republic, Republic of the Congo, Rwanda, Sudan, Tanzania, Uganda and Zambia.

The issue behind the legislation is due diligence. There are many products today, made by multinational companies that don’t know exactly where their inputs are coming from. Developing countries that have industries reliant on natural resources and minerals are often unregulated and run by criminals or warlords that abuse their workers.

Under the final rule, a company that uses any of the designated minerals is required to conduct a reasonable ‘country of origin’ inquiry that must be performed in good faith and be reasonably designed to determine whether any of its minerals originated in the covered countries or are from scrap or recycled sources.

If the inquiry determines either of the following to be true:

From our analysis, it is not enough that a law focused on supply chain due diligence target the DRC, as there are many countries that are being exploited for their natural resources by criminal groups. It remains a problem that in many of our everyday products, such as iPhones, there are input materials that were supplied from potentially unknown vendors and there is little accountability of the source. There is a major program when companies such as Apple or HP do not know the source of some of their major inputs and in fact, they likely prefer it that way.

The OECD’s Conflict Minerals Guidance was created in response to the growing movement against the diamond supply in funding conflicts (‘blood’ or ‘conflict’ diamonds). The newly instated responsibility in the Conflict Minerals Guidance is directed at the companies involved in mining and trade in minerals. It is a significant deviation from consumer-based legal enforcement methods. The Conflict Minerals Guidance is a public-private partnership (‘PPP’) that works by targeting the strategic nodes in the supply chain. Smelters (who melt down the minerals to cast them into manufactured metals) have been identified as a strategic node: there are very few of them and the main ones supply a huge portion of the market. So the best way to ensure that the sale of minerals such as tungsten, tantalum, coltan and gold are not being used to fund violent extremist groups of insurgencies – as for example in the Democratic Republic of Congo or Colombia – is to force the smelters to ensure that their suppliers are “clean.” If so, the smelters get certified. Likewise with Apple: after an aggressive “blood mobile phone” campaign by activists (because iPhones use tungsten, tantalum and coltan) and to get ahead of the new Dodd Frank regulations on companies stating their use of ‘conflict minerals,’ Apple asserted its new policy of buying only from certified smelters and to name-and-shame suppliers of ‘conflict minerals.’

The two main systems for supply chain due diligence to ensure that materials used in legitimate manufacturing are not funding violent extremist organizations or criminal networks are the Kimberley Process of blood diamonds and the OECD’s Guidance on Conflict Minerals. From the most recent OECD report, the Five-Step Framework for Risk-Based Due Diligence in the Mineral Supply Chain is summarized as:

Supply chain due diligence in diamonds, gems and ‘conflict minerals’ has spread both upstream (know-your-supplier) and downstream (know-your-customer). Due diligence can be a good branding opportunity. According to Tyler Gillard, Manager of Sector Projects for the Responsible Business Conduct Unit at the OECD, DeBeers has been moving to protect its brand and develop its competitive advantage by asserting that not only does it solely buy ‘conflict-free’ diamonds, it will now only sell to wholesalers and retailers who are ‘conflict-free;’ it will not sell its diamonds (the most coveted on the planet) to sellers who accept conflict diamonds. DeBeers is flexing its market muscle: if they want DeBeers product, their affiliates must say no to ‘blood’ or ‘conflict’ diamonds. This is in turn provides a great branding opportunity for DeBeers, too.

Pressure for the OECD to expand on its Guidelines for Multinational Enterprises (which states the multinational enterprises should avoid on infringing human rights in their business operations) and expand it to apply to dealings with transnational organized crime and other forms of illicit trade, is growing from politicians, consumers and law enforcement. Political pressure is coming both from the US’s 2011 White House Strategy to Combat Transnational Organized Crime: Addressing Converging Threats to National Security and from the UN’s 2004 Convention Against Transnational Organized Crime and the Protocols Thereto. Because of illicit trade’s funding of terrorism, all associated counter-threat finance authorities would welcome the initiative. Consumer pressure is coming from the demands of brand-name end users. For instance, when phones containing coltan were called “blood mobile phones” in activist campaigns in the USA and Europe, Apple and industry trade organizations quickly publicly avowed their support for the Conflict Minerals Guidance. Legal statutes pertaining to organized crime, such as RICO in America or OSCO in Hong Kong, also clearly make it illegal to knowingly do business with organized crime entities.

Overall, the results of Section 1502 of the Dodd-Frank Act (the section pertaining to Conflict Minerals due diligence) have not been viewed favorably. There has been much debate over this issue within the private sector and The National Association of Manufacturers estimated compliance costs will fall between $9 billion and $16 billion, which are significantly higher than the SEC estimate of $71 million.

Some companies have had some success in implementation, but the majority have not. In February, Apple released its “2011 Supplier Responsibility Report” in which the firm details how it traces its supply chain, first to the suppliers that create the subcomponents to their products and then to the smelters that processed the ores. On the other hand, an August 2015 Government Accountability Office study found that 67 percent of companies were unable to determine whether the minerals used in their products came from the countries covered by Section 1502 and no company was able to determine whether its minerals benefitted armed groups in those countries.

Although Dodd-Frank 1502 is not about fines and penalties, it is designed to increase disclosure and create a “name and shame” mechanism, with the hope that consumer demands will drive compliance and sourcing changes. But if companies are not finding and exposing vulnerabilities in their supply chains, there can be little progress made on this issue.

The issue at hand is of great importance, but it might be that the Dodd-Frank bill is the not the best way to achieve it. For all products entering the United States there should be standards regarding the source of certain materials and force companies to be transparent about their inputs. When it comes to free trade agreements and special economic zones, the United States has clear regulations on Rules of Origin and insists that companies include information on the value creation within their supply chain, including country of origin for intermediate goods.

Why should inputs on some of the most common consumer goods be any different?