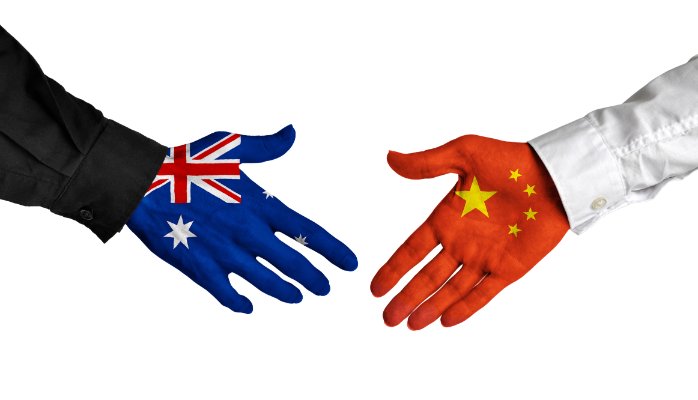 Last month, the Economist Intelligence Unit (EUI) released a report that evaluates illicit trade environments in 17 countries in Asia. The report (found here and the graphic found here) graded countries on four policy areas: intellectual property, transparency and trade, customs environment and supply and demand. For our purposes, we will focus on the EUI’s results for Australia and China. China boasted nearly a $10.9 trillion gross domestic product in 2015 while Australia has a $1.3 trillion gross domestic product; their economies are 2nd and 12th in the world, respectively.

Australia was ranked as the least enabling environment overall (score of 85.2 out of 100) for illicit trade. The country earned a perfect score for their comprehensive intellectual property laws that allow individuals to register patents, trademarks and copyrights and are strongly enforced by law. Australia also received high overall scores for transparency and trade (score of 81.5) and their customs environment (score of 88.0). Despite a high quality in state institutions and an average degree of labor market regulations (restrictions for hiring and firing), the country only received an overall score of 71.3 for supply and demand. Australia’s struggle in this subset comes primarily from a relatively high level of tax and social security burdens.

This relationship between tax burdens and illicit trade is visible in Australia’s tobacco marketplace. Currently, illicit tobacco consumption makes up 14.3 percent of total tobacco purchases due, in part, to heavy tobacco excise taxes. Over the years the government has steadily increased the tax on cigarettes so that a pack of cigarettes costs $25 to $30 today. The higher cost of tobacco products allows cheaper, unregulated products to enter and fill domestic demand.

Without additional measures to offset the illicit tobacco trade, Australia’s future tax policies may exacerbate the problem. Driven by the need to reduce the number of smokers and to increase the inflation rate, the government plans to increase the excise tax on tobacco products by 12.5 percent annually between 2017 to 2020, by which time Australians will pay over $45 per pack of cigarettes.

Ironically, daigous represent a part of a growing intolerance for illicit trade in China. According to the report, China is on the cusp of implementing changes that will hamper the underground economy. The EUI noted that:

“For the last two decades, China has been at the center of the global illicit trade, especially counterfeit and pirated goods…. But the environment is about to change, if it isn’t changing already, says Shang-jin Wei, chief economist at the Asian Development Bank. ‘The time has come for China to make more effort against counterfeits and low-quality goods. Now there are domestic producers with intellectual property to protect. That, along with the rising labour costs, currency appreciation, and a populace that wants higher-quality goods, means we should see further improvements in the years ahead.’”

In the case of daigous, domestic demand for assured quality products might become a catalyst for regulation reform.

Despite the report’s optimism however, China, which ranked ninth overall on the EUI’s illicit trade index (score of 61.6), continues to serve as a haven for illicit trade. A California specialty animal feed maker, Vitech Bio-Chem Corp., is currently suing its Chinese distributor for mixing the company’s feed with soybean meal and selling the concoction in counterfeit packaging. Just last year, the Associated Press discovered that private counterfeiting investigators hired by multinational companies were “widely involved” in copying the products they were paid to protect from counterfeiting in order to “seize” them as counterfeits. There are other problems tackling illicit trafficking networks. Despite strict gun laws, Chinese law enforcement continues to regularly uncover gunrunning networks that provide firearms to gun collectors and hunters as well as individuals involved in other criminal activities.

A combination of an affluent population eager to purchase goods banned or unavailable in the formal domestic marketplace and a low quality of state institutions drives part of China’s black market activity. The EUI encapsulated this observation through grading China 44.4 for supply and demand. The rising economic power also received a score of 61.9 for their customs environment, 80.0 for transparency in trade and 60.0 for intellectual property. While the EUI indicated that forces are present to encourage the government to take action to inhibit illicit trade, China has yet to implement a cohesive strategy that would fully tackle the burgeoning underground economy.