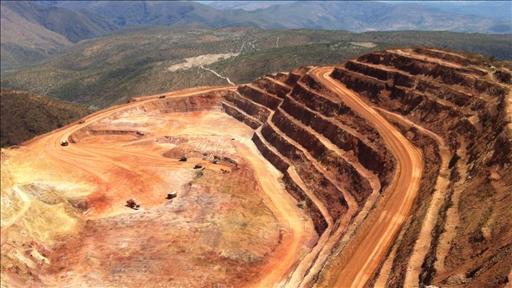 Last Tuesday heavily armed robbers stole $8.4 million of gold-bearing concrete from a mine owned by McEwen’s Mining Inc. located in the Northern Mexican state of Sinaloa. Instead of this robbery being met by outrage from Executive Chairman Rob McEwen, it was met by confusion as he acknowledged on a TV interview, “the cartels are active” in the area but said “generally we have a good relationship with them.”

This has created a bit of a stir in the community, as it is generally not acknowledged if and when private businesses have relationships with cartels and since that statement was met with fierce criticism, McEwen has gone on the defensive.

In a more recent interview he referred to his comments as “careless” and that he did not mean to make the impression that gold miners deal with criminals in the region. But to those who do business in the region, it should come as no surprise. Cartels are very powerful actors in Mexico, especially in the Sinaloa region, and it is assumed that companies doing business in the area are paying extortion fees to protect their employees and operations. The complication for McEwen Mining comes when a supposed good relationship goes sour and a large-scale theft occurs.

As a company that deals with risk and vulnerability, it is hard not to question how such a complex theft could occur, especially without insider information. The incident must also be looked at as part of a growing trend. There have been four targeted assaults of Canadian-owned gold mines in the southern and western regions of Mexico in the past two months, which have involved 16 kidnappings and 6 murders.

According to the Fraser Institute, a Canadian public policy think tank, Mexico in 2013 ranked 88 on a list of 96 jurisdictions in terms of security for conducting mining business, worse than Myanmar and Zimbabwe.

This is quite surprising as Mexico has steadily been developing over the past decade and with the recent privatization of the historically state-run energy sector there, will be a huge boom of private sector development in Mexico. So the take away here is that if you are a considering expanding business into Mexico, it is very important to assess all vulnerabilities before entering this risky market.