Investment is the Best Aid for Latin America Now 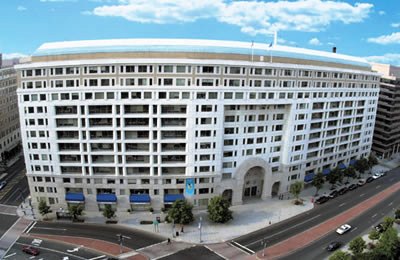 Investment is the Best Aid for Latin America Now

Latin America is being decimated by Covid-19 for endemic reasons well known to Latin America watchers: deep inequality and a frail healthcare and public welfare system, in a region with a highly urbanized population, at least half of whom rely on informal jobs (where personal interaction with crowds is critical) and small family-owned businesses (that cannot long endure shutdown). With fiscal and monetary inefficiencies baked into nearly every national system, Latin American countries have little bandwidth for economic maneuvering. In short, both the human and economic tolls of the pandemic have some way to run in Latin America.

Aside from the obvious threat, this also presents an opportunity, due to a confluence of factors. Most countries in Latin America will be looking for a helping hand from friends. Russia and China are already taking advantage of the situation, offering (with varying degrees of credibility) humanitarian aid and Covid-19 vaccine trials.

On the other side of the transaction, Western allies are reconsidering the wisdom of supply chains reliant on far flung countries that have not only very different cultural habits, but a tendency to secrecy and authoritarianism, with a hegemonic bent, such as China. China can accidentally (with a pandemic) or willingly (as a matter of state policy) disrupt your flow of critical goods, then raise tariffs or hack you if you request an investigation; Australian beef and barley exports to China provide a cautionary tale.

The US and Western allies are indicating that they understand it might be time to consider securing supply chains and business interests closer to home, in Latin America.

The first promising indicator was the election earlier this month of Mauricio Claver-Carone, the former head of Western Hemisphere Affairs at the National Security Council of the White House, as the first American to preside over the Inter-American Development Bank. On a call with reporters, Mr. Claver-Carone said he wants to lure companies that have outsourced to China and elsewhere in Asia back to the Americas, and to strengthen the U.S. relationship with other countries in the hemisphere.

Upon accepting the multilateral agency’s presidency, Mr. Claver-Carone stated: “My commitment remains the same: to work with the IDB member countries to outline a strategy to strengthen the bank, respond to the needs of the region, and create opportunities for shared prosperity and economic growth.” His deeper mission is to re-integrate the Western Hemisphere and push back against foreign influences, particularly China, which has gained an enormous foothold since 2010. He has his work cut out for him.

China’s engagement with Latin America is growing rapidly, giving China more interests to protect. While in 2000 China’s trade with the region was US$12 billion, by 2017 it was already US$278 billion: US$122 billion of that is investment by Chinese companies (all but $16 billion after 2010), and $137 billion is in the form of loans to the region, eclipsing both the Inter-American Development Bank and the World Bank. So Mr. Claver-Carone, a man of fearless conviction, will have to work hard and creatively to have the positive pro-US or pro-West impact to which he aspires. Nevertheless, as regional business augurs go, we put the new IDB presidency in the positive column.

The second positive sign is US Secretary of State Mike Pompeo’s regional tour this week around Guyana, Suriname, Colombia, and Brazil. Though widely billed as pressure to stymie drug trafficking and build the political will to challenge Venezuela’s dictator, Nicolás Maduro, it was also intended to send a message to the business community: the US cares about outcomes here.

Business outcomes are important to governments, as they shape alliances: the popular wisdom is that it is hard for a government to be hegemonic with countries with whom it does business. From this perspective, Guyana is an important new regional entry point, as complicated business relationships below the surface with China may well shape broader geopolitical interests.

What does this mean for the business and investment environment in Latin America?

All of these considerations taken together mean that businesses (particularly those in strategic industries) should be able to call upon greater support (direct or indirect) from Western and US-allied countries, as well as their oversight and multilateral financing agencies, to enhance their competitive advantage. Executing that strategy, however, requires a clear-eyed assessment of the competitive terrain and steady, effective relationships of trust with decision makers and investors. Asymmetrica helps its clients explore these opportunities in this propitious time.