Fentanyl and the Counterfeit Opioids that Killed Prince 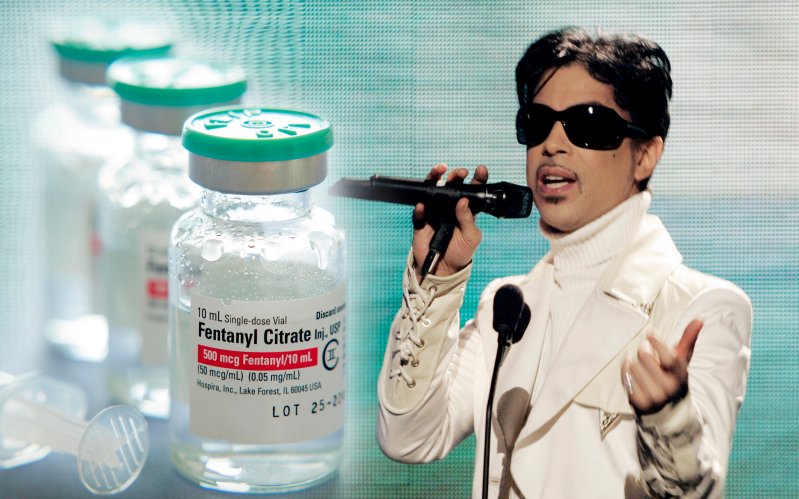 Fentanyl and the Counterfeit Opioids that Killed Prince

Fentanyl is a schedule II substance under the Controlled Substances Act and is used as an analgesic for cancer patients. Though fentanyl or fentanyl-related substances have conventionally been mixed into or sold as heroin, U.S. law enforcement has noted an increase in counterfeit prescription pills containing the drug. In an unclassified DEA intelligence brief, the surfacing of counterfeit opioid and non-opioid pills containing fentanyl indicates drug traffickers’ interest in expanding the fentanyl market. The financial benefits to do so are immense: a trafficker can purchase a kilogram of fentanyl powder for a few thousand dollars, manufacture hundreds of thousands of pills to be sold for $10 to $20 apiece and earn millions of dollars in profit.

Since fentanyl is lethal in smaller quantities (approximately 2 milligrams for non-opioid users) than other opioids and purchasers may not know that they are taking fentanyl, law enforcement and public health officials have seen and foresee a spike in user dependence, overdose and death. In a recent Morbidity and Mortally Weekly Report, the CDC found that from 2013 to 2014, fentanyl submissions (drugs tested positive for fentanyl) increased by 426% and synthetic opioid deaths increased by 79% in 27 states. As the report details:

“IMF [industrial manufactured fentanyl] production and distribution began increasing in 2013 and has grown to unprecedented levels in 2016. For example, there were approximately eight times as many fentanyl submissions in 2015 as there were in 2006 during the last multistate outbreak involving IMF. DEA has not reported a sharp increase in pharmaceutical fentanyl being diverted from legitimate medical use to illegal uses. Given the strong correlation between increases in fentanyl submissions (primarily driven by IMF) and increases in synthetic opioid deaths (primarily fentanyl deaths), and uncorrelated stable fentanyl prescription rates, it is hypothesized that IMF is driving the increases in fentanyl deaths.”

Efforts to curb the production of fentanyl-laced counterfeit pills involve both domestic and international cooperation. Fentanyl and fentanyl precursors are largely manufactured in China at both clandestine and legitimate fentanyl manufacturing laboratories. Fentanyl accesses the U.S. market either directly from Chinese laboratories that provide the drugs and industrial pill presses to the purchaser or through Mexican traffickers who mix the Chinese or Mexican-manufactured fentanyl with heroin or produces counterfeit pills for shipment to the U.S.

For Mexican cartels, this is an opportunity. The legalization and decriminalization of marijuana in the U.S. dried up a major source of revenue. Mexican cartels can now make more money by diluting heroine with fentanyl and have the privacy to manufacture fentanyl in laboratories instead of conspicuous poppy fields.

In reaction to the growing crisis, several members of Congress have introduced stiffer measures on countries and individuals who manufacture, distribute or possess fentanyl. Last year, Senator Kelly Ayotte (NH) and Representative Thomas Rooney (FL-17), both representing states with large opioid death rates, introduced in their respective chambers the Stop Fentanyl Trafficking Act. The measure reduces the minimum fentanyl and fentanyl analogue quantities for mandatory minimum prison sentences for first-time and repeat offenders. Senator Patrick Toomey (PA) recently introduced the Blocking Deadly Fentanyl Imports Act, which would withhold bilateral assistance from countries that do not ban illicit drugs in an emergency, cannot prosecute manufacturers or distributors of controlled substance analogues, or do not require the registration of pill-making machines.

The executive branch has also taken note of the rise of counterfeit prescription pills. This month, the Obama administration announced a commitment of $17 million for the Office of National Drug Control Policy for High Intensity Drug Trafficking Areas program (HIDTA). $5.6 million of the funds will support several projects that aim to dismantle the trafficking of prescription opioids, fentanyl and heroin. The funding will also help expand the HIDTA Heroin Response Strategy, which works with all levels of law enforcement on drug-related cases. The program notably contributed to the confiscation of 400 bags of fentanyl-heroin compounds.

The production and trafficking of counterfeit prescription drugs containing fentanyl deleteriously affects our country health and wellbeing. As illegal organizations stand to gain millions of dollars, thousands of Americans will die every year from overdoses. At Asymmetrica, we will continue to track counterfeit goods to probe its intersection with public health and national security.

Alexis Corn is a Mount Holyoke College alumna with a degree in international relations. She is currently staff assistant at a Washington, D.C.-based federal government relations firm.